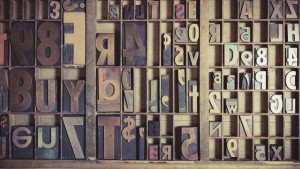 People know a great ad when they see one, but getting that ad to right people at the right time is an art unto itself. As innovation in advertising technology renders old tactics obsolete, it also opens new opportunities to reach your audience.

The central questions in digital advertising today are: Where will people listen? What content will they engage with? How do I reach them? The answers are key to understanding four trends that are shaping the industry.

Mobile video consumption is growing rapidly and providing advertisers with a way to reach consumers when they are paying attention. Between Q3 2012 and Q3 2014, smartphone and tablet video consumption grew 400 percent and now accounts for 30 percent of all online videos played, according to Ooyala’s Global Video Index. This trend has been helped along by the expansion of fast 4G/LTE coverage. The bigger iPhone 6 screen and the popularity of other ‘phablets’ (large-screen smartphones) also reflect the growing importance of mobile video. As phablets saturate the market, they will in turn feed the growth of mobile video.

Mobile video viewers are what you might call a “captive” audience. When TV commercials begin, people look down at their phones. On the bus or subway, people focus on their digital screens instead of the ads passing by in the cityscape. When radio ads begin, people change the station. However, when people are already looking at their smartphone, nothing is going to distract them. Use mobile video ads to take advantage of this undivided attention.

When websites feature advertisements that emulate the content and style of their own site, we consider it native advertising. Native ad spending will climb from $3.2 billion in 2014 to $8.8 billion by 2018, largely because advertisers are seeing above average engagement with this format, according to an eMarketer forecast.

Native ads are typically long-form blog posts, infographics or videos that aim to inform, entertain and inspire people without directly promoting a product. For example, a banner ad from a clothing retailer might promote a winter clothing sale, but a native ad from the same retailer might discuss winter fashion tips instead. Typically, native ads are tagged with a disclaimer such as “sponsored content”, “paid post” or “promoted by”.

If you’re targeting millennials, who tend to be put off by “salesy” ad content, consider native advertising. Now that publishers are partnering with advertisers in the production process (i.e. helping them write and edit), it’s easy to get expert help.

Until recently, digital advertisers were very susceptible to fraud. Many were misled into paying for bottom-of-the-page ads that no one scrolled down far enough to see. “Click fraud” was also a huge risk. Essentially, some people realized they could run up their competitors’ advertising bills by creating computer programs (“bots”) that automatically click ads. This practice became so rampant that fraudulent bot traffic may have cost the advertising industry as much as $11.6 billion in 2014. Thankfully, new viewability technology and an advertising model called “viewable impressions” are eradicating both of these problems.

However, in many cases, one or two seconds isn’t nearly enough time to engage a viewer. When you purchase viewable impressions, make sure you have the option to buy guaranteed time slots (e.g. five, 10 or 20 seconds), especially if you plan to run video ads. If you purchased a 10 second slot, you’d only be charged if your ad was continuously viewable for ten seconds or longer. The rate you pay reflects the total amount of time your audience spends with the advertisement.

New channels, tactics and payments models will only serve your marketing efforts if ads reach the right people. Rather than spending your budget on a large set of consumers, you can more efficiently use behavioral data to target people who fit your customer persona.

While advertisers commonly target individual websites where they expect their customer to hang out, behavioral data improves upon this approach by allowing you to target groups of people across multiple advertising properties. Behavioral targeting providers can profile a group (e.g. mothers with young kids) based on an analysis of online searches, Internet browsing habits, purchasing history and much more. If you’re targeting specific types of consumers, behavioral data can mean the difference between a bungled campaign and a huge victory.

Mobile video ads, native advertising, viewable impressions and behavioral targeting are the defining trends in digital advertising. The strategies that worked for advertisers for the past five years won’t work indefinitely. As these trends illustrate, the channels are continually changing, and the audience on the other end has new habits and preferences. Get the most out of your advertising spend by testing these new four strategies and discovering what works for you.